We have just admitted a new student from Ukraine. Apart from Ukrainian, she also speaks Russian. She told me her favourite book is “Eugene Onegin.” She spotted a couple of Harry Potter books in Russian in our library, but she politely declined borrowing them as she had already read them. When asked what she thought of them, she simply stated: “Pushkin is better.”

This really resonated with me and reminded me of two articles I have recently read on fantastic EAL-related blogs. One about the “EAL label: A Blessing or a Curse” by Jane Scott commented:

“The EAL label highlights immediately what these students can’t do. The label flags the students as being deficient in some way and this is sadly what people see first, with some unintentionally not investing to find out what else the student is besides having low English language skills.”

The other article referring to English Language Learners (ELL) “What our emerging ELLs want to hear from us” by Megha Radhakrishnan who asked her young niece (who has moved to France) what she could do to support them, “as they go through those early days of displacement, loss, frustration and finding their sense of self, as they grapple with navigating academics in a foreign language.”

The girl said: “Tell them they are smart every day.”

“Simple words from a 9-year old. And so powerful. Because that’s what our emerging ELLs need to hear from us – that we see them for who they are, that they’re more than the boundaries of a language they’re trying to acquire and live in, and that the extent of their capacity in their new language is not the only thing that defines them. That they’re still smart. Every. Single. Day.”

I work with students who speak English as an Additional Language in an English secondary school in the East of England. I gather background information about our newly arrived students, which is sent out to their Houses, form tutors and subject teachers. The report is put on the shared drive for all school staff to access it.

I have learnt a lot from talking to parents, asking the students to write in their first language and reading their end-of-year school reports from the countries they have arrived from. A parent brought a translated “character-reference” document from her daughter’s teacher, which said:

“She conscientiously fulfils her student’s obligations, only accumulating very good grades. A special interest in maths, foreign languages, dance, reading and sports…She displays fairness and honesty in relationships with colleagues and teachers.”

There are occasions when I ring the schools in Poland to ask for clarifications. If I don’t speak my New Arrivals’ language, I ask my friends and colleagues to translate (anonymised) documents for me. It really is important to have an idea of children’s abilities in their first language as it helps us plan interesting, pertinent and cognitively-challenging tasks for them and aids the responsive adaptation of lessons to maintain student interest and engagement. 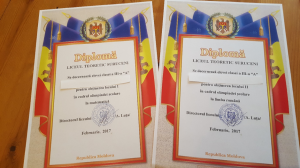 Over the years, we have had an accomplished piano player, gifted footballers, artists, photographers and mathematicians, book-devourers, 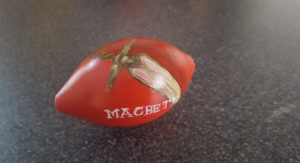 designers and history and language(s) lovers. Our students loved performing (in any language). They wrote beautiful poetry. Back in their countries of origin they got medals for sports prowess, were editors of the school’s newsletter and took part (and received top places) in their 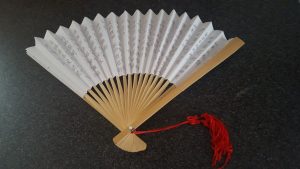 country’s Subject Olympiads at regional or national level. They want to be vets, journalists, architects, lawyers, actors. And yet it is hard to hear when a talented newly arrived student tells me that:

“Sometimes I cry at home because I remember how successful my reputation was in my old school and how I was learning, it was awesome and now I need to accept the truth.”

This year we are particularly impressed with our EAL learners’ interests and talents. Our Principal commented recently in our weekly staff newsletter:

“These beautiful painted stones were inspired by the study of Dickens (A Christmas Carol) and were produced by one of our EAL students…. for me, it is a beautiful encapsulation of the enduring ability of language to inspire creative responses and bring us together.”

A wonderful way of boosting EAL students’ confidence and helping to recognise their passions is by entering them for various competitions. There are some fantastic competitions that are worth encouraging your EAL learners to enter.

Here is a short list of competitions, however, keep an eye on the deadlines for entry. Please look out for other competitions and do let me know if you think they are suitable for young people who speak English as an Additional Language. 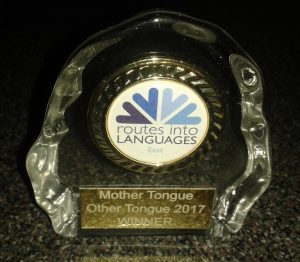 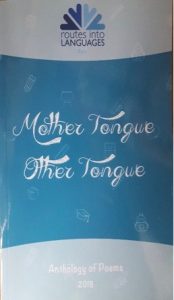 For the Mother Tongue part  pupils whose first language is not English are encouraged to submit a poem or song in their first language.  It can be an original piece, or a ‘remembered’ piece.  It can be written in any language.  The entry is judged on a short paragraph (written in English) that explains the piece and its significance to the pupil. Students whose pieces for awards are shortlisted, have their poems published in the competition’s anthology.  Parents are invited to attend the award ceremony. Their pride at their children being “published authors” is second to none. Our students submitted beautiful poems in many languages, wrote and translated their own poems and wrote movingly about them.

The Stephen Spender Prize for poetry in translation

Translate a poem (up to 60 lines) from any language, ancient or modern, into English together with a commentary of no more than 300 words. There are three categories in the main prize: Open (adult), 18-and-under and 14-and-under.

The Stephen Spender Polish Spotlight 2019 competition for entrants aged 18-and-under. There are plans to add extra strands to the competition in future.

The Polish Spotlight is a new strand of the Stephen Spender Prize. You do not have to be fluent in Polish to enter the prize: it is open to all those interested in trying their hand at translation. Last year our students chose and translated the lyrics of a Polish rock song and poems of the late 19th century Polish Romantic poet. They also submitted their own personal commentaries on the challenges of the translation. They enjoyed choosing their poems and polishing their translations.

Pupils from Year 5 to Year 13 can choose between three tasks. This competition closes on 15 May 2019.

Create a modern version of Cinderella in a language and medium (text, audio or video) of your choice with a typed English prose translation.

Create a fable – an animal story with a moral – in a language and medium (text, audio or video) of your choice with a typed English prose translation.

Create a warning about a nuclear waste site – in a language and/or medium that will communicate effectively with people in the year 10,000.

Juvenes Translatores Contest – for 17 year- olds only. Registration for this competition has now closed.

The European Union’s “Young Translators” contest. Participants have two hours to translate a text into any EU language. The competition is held in all 28 European Union countries simultaneously. More than 70 schools in the UK took part this year. Our students translated the text from English – Polish and from Polish-English.

Institute of Mathematics regular Puzzle and Poster competitions for Yr7-13

One of our students won an exclusive IMA water bottle and some bonus sweets; two others won commendations and honourable mentions for their posters.

This year’s poster theme is Hidden Maths. Students are asked to make a poster showing people some of the hidden maths in our world.

Our Y11 EAL student submitted his design for the official 2019 T- shirt. The winner will receive up to ten t-shirts to give to his/her classmates!